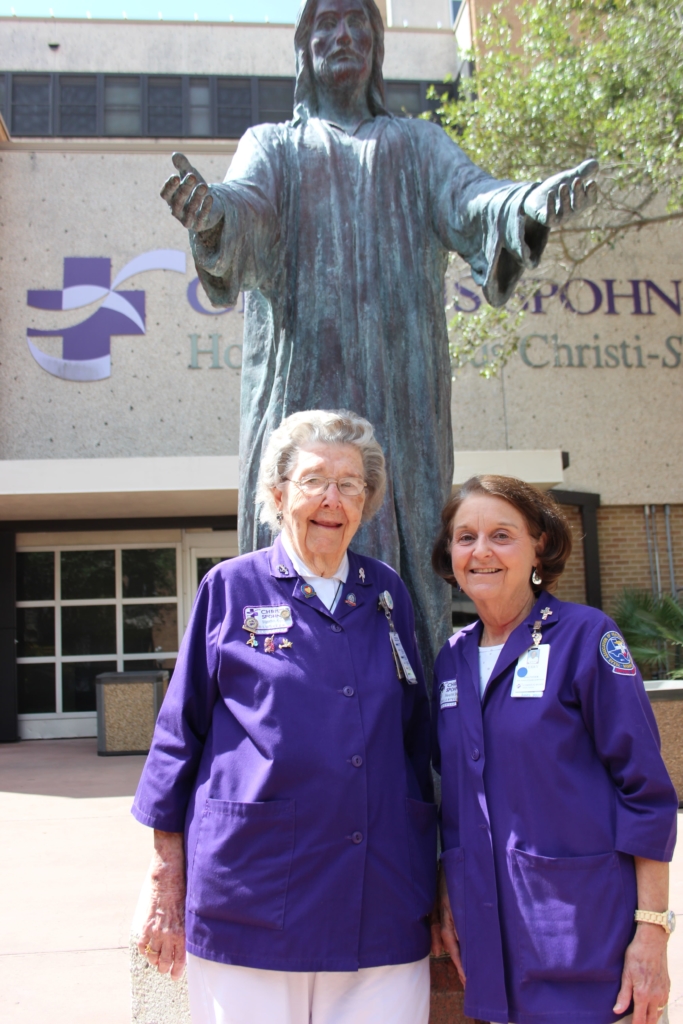 CHRISTUS Spohn’s volunteers are a vital component of our Health System’s mission to extend the healing ministry of Jesus Christ across South Texas.

Not only do they provide comfort to patients and help them in times of great need, the men and women in the purple vests do it with a smile and a caring touch.

Pat Rimar and her daughter, Terry Sherman, are two of those Spohn volunteers who make a difference each day to fulfill our healing ministry. Pat, a volunteer at the Shoreline campus, and Terry, who volunteers at the campus in Beeville, say they owe their service to another longtime volunteer.

“She was a Pink Lady and went around pushing a cart with all sorts of amenities, asking if folks needed anything. She also was there to just talk to people and see how they were doing. She passed along being a family of service to others who were in need, and that’s something that just stuck with us,” says Pat.

Pat, who brings a background in banking to her role at the Shoreline campus, handles deposits in the hospital’s gift shop and is the volunteer treasurer.

“Volunteering with Spohn has been enjoyable because of the impact it brings. It allows you to do something worthwhile and also allows you to make lots of friends,” says Pat.

Terry agreed with her mother’s sentiment, especially because she volunteers at a smaller campus.

“It’s really been a great way to get to know people in the community,” says Terry. “Obviously, Beeville isn’t as big as Corpus Christi, but I’ve gotten to know lots of people from different backgrounds through volunteering at the hospital.” 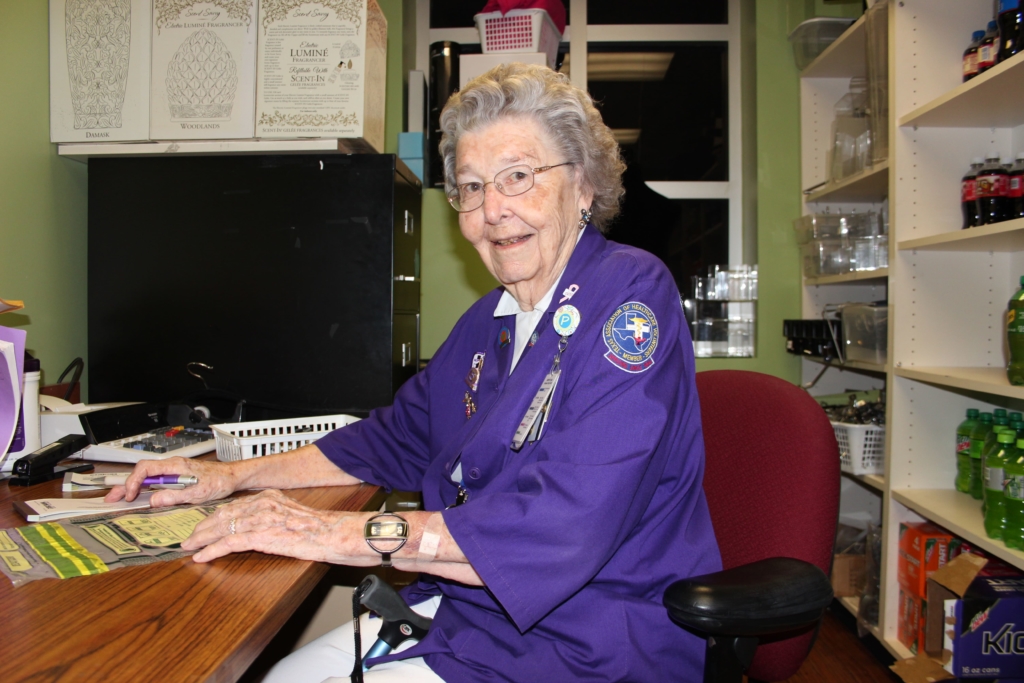 “Terry does everything, really,” says Gina Cunningham, Coordinator of Volunteer Services at the Shoreline and Beeville campuses. “She’s the only nursing unit volunteer at CHRISTUS Spohn-Beeville. She isn’t one to brag, but she’s very proactive and takes her volunteering experience to heart every day. She always goes above and beyond because that’s just how she is. We’re lucky to have both Pat and Terry.”

Pat and Terry said they believe they are the lucky ones. They also believe in making the most of their time spent at each Spohn campus.