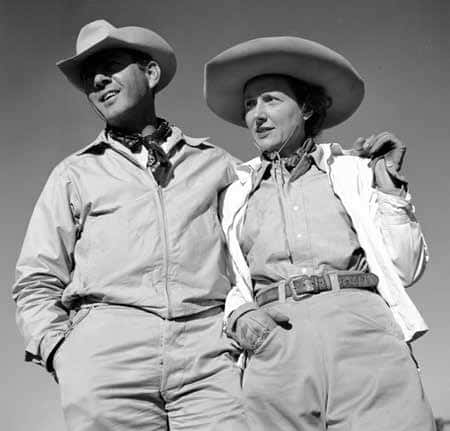 In February the CHRISTUS Spohn Foundation recognized The Robert J. Kleberg, Jr. and Helen C. Kleberg Foundation for its incredible and historical partnership with our health system. Like CHRISTUS Spohn Health System, the Foundation started off humbly with a focus on improving our South Texas communities.

However, as the missions of these institutions grew, so did the impact of their outreach, and today the Kleberg Foundation and Spohn are steadfast partners in bettering the health and wellness of South Texans.

Margret Bamford, Grants Administrator with the Kleberg Foundation, noted: “Robert and Helen Kleberg founded their private family foundation in 1950 in Kingsville. One of their initial goals was to improve quality of life in Kleberg County and surrounding counties, including taking care of families that live on King Ranch, and this remains a major goal today. The first grants from the Foundation were small, ranging from $25 to $250. As the Kleberg Foundation’s charitable giving grew, so did its impressive support of CHRISTUS Spohn. All told, the Foundation has awarded more than $11 million in grant funding to CHRISTUS Spohn.” That funding has gone to a variety of areas, including at the Kleberg campus – which has used funds to purchase equipment for intensive care and cardiac monitoring and telemetry, in addition to physical therapy and rehab programs – as well as Mother-Baby Services at the South campus.

The Kleberg Foundation in 2016 also announced its largest gift to CHRISTUS Spohn – a $5 million grant to fund the new Level II Trauma Center at the Shoreline campus. The Robert J. Kleberg, Jr. and Helen C. Kleberg Foundation Trauma Center will be the lead trauma facility in South Texas, providing the most advanced in critical care and life-saving intervention.

As with the other gifts the Kleberg Foundation has provided to Spohn, the grant toward the new Trauma Center was made with a vision of continuing the enduring legacy of Bob and Helen Kleberg. This new Trauma Center will provide the best and brightest future for South Texans, for generations to come.