Merle Schillo gently smiles as she fondly recalls a lifetime of giving to others.

The North Beach resident’s gaze slides from her view of the bay to the portraits adorning her living room. The grouping of black and white images of dear family members includes the girl who at a young age discovered what it meant to truly provide a helping hand.

“The way I learned about charity and giving was because during World War II, as children in school, we gave,” says Merle. “We went out and did little chores that got a penny here and there, a nickel here and there … because a penny and a nickel were a lot. Anything a little child could do, we did, to make a few pennies and we’d take those to school … and they would keep them and keep them until they had enough to buy a war bond. During World War II, I saw everyone giving. It was a time when everyone donated. Everyone in the community participated, doing something for the war effort.” 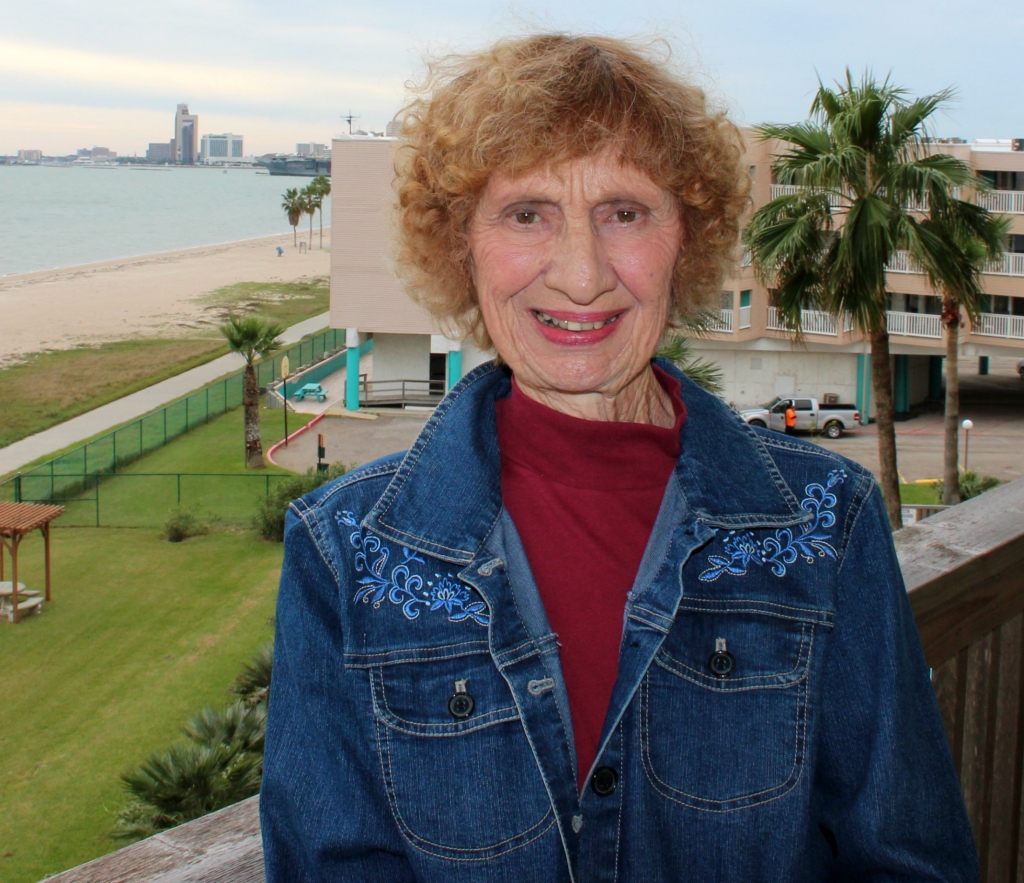 Without missing a beat, Merle discusses one of the central figures who contributed to her charitable nature, her beaming smile growing with each memory.

“I grew up in a giving atmosphere,” says Merle. “My father was a very giving man, a very Christian man. He was a barber and he would go out on Sundays – and I would go with him – and he would go to people who could not afford to get a haircut, and he would trim their hair. So I saw giving, and I believe in giving back to your community. That’s just the way I was raised. I enjoy doing it just for the fact that it might help one person.”

That outlook has aided Merle well in the multiple places she has called home, including time spent in Florida, Kentucky and New York. The Coastal Bend resident has spent countless hours volunteering for a number of different causes.

Unwelcome health news would put a damper on the amount of time she could devote to those causes closest to her heart. However, it also would provide a spark for some of the most rewarding days of her volunteer life, in addition to supplying great comfort for CHRISTUS Spohn Health System patients facing the greatest obstacles of their lives.

“I was diagnosed with cancer in 2006 and I was later invited to one of the programs at the American Cancer Society. I ran into two other ladies there that had just had cancer surgery and chemotherapy … and we decided that it would be a good idea if we went over to the CHRISTUS Spohn Cancer Center and try to sit and visit with people, and maybe help relieve some of their anxiety,” says Merle.

While getting proper care is vital, as Merle can personally attest, it’s the little things that can make all the difference in a full recovery from cancer diagnosis to treatment.

That commitment to care also has made the CHRISTUS Spohn Cancer Center’s Care Navigator program a success. The program provides individually designed cancer care treatment maps for newly diagnosed cancer patients and their families. A physician leads a team of registered nurses, chaplains, counselors, social workers and nutritionists who empower patients with the tools and resources to manage their cancer treatment process.

The program’s early volunteers have played a key role in its current success, and, as often occurs, a program that took root after being planted as a tiny seed blossomed into something much larger. It’s something for which Merle is eternally grateful.

In addition to volunteering her gifts of time and energy – which truly are priceless – Merle also has given of her estate and is a member of CHRISTUS Spohn’s Dr. Arthur E. Spohn Society. Included in her planned gifts are family heirlooms – a ring and a pin – that were passed down from one generation to another  coming  to her. Merle says that even though the pair of items has been in her family for years, she wanted to provide CHRISTUS Spohn with something of her own.

“I would like to know that someone got it who would appreciate it,” she says.

As a true testament to her giving spirit, Merle offers her reasoning for a lifetime spent helping others: “I get more out of giving than they do.”